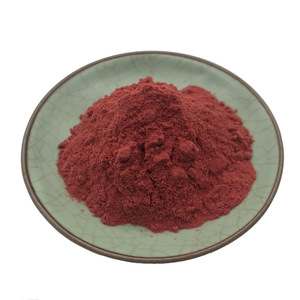 Borax, also known as sodium borate, sodium tetraborate, or disodium tetraborate, is an important boron compound, a mineral, and a salt of boric acid. Powdered borax is white, consisting of soft colorless crystals that dissolve in water. A number of closely related minerals or chemical compounds that differ in their crystal water content are referred to as borax, but the word is usually used to refer to the decahydrate.[1] Commercially sold borax is partially dehydrated.

Borax is a component of many detergents, cosmetics, and enamel glazes. It is used to make buffer solutions in biochemistry, as a fire retardant, as an anti-fungal compound, in the manufacture of fiberglass, as a flux in metallurgy, neutron-capture shields for radioactive sources, a texturing agent in cooking, as a precursor for other boron compounds, and along with its inverse, boric acid, is useful as an insecticide

Processed by reputed vendors, Borax Decahydrate is a white odourless, powdered substance, which is not combustible or flammable, and has low acute toxicity. Borax Decahydrate is better known as Sodium Tetraborate Decahydrate, and finds application in numerous industries like Glass, Ceramic, Fiberglass & Detergent. Furthermore, this chemical is also used in soldering metals, fire control, and in artificially aging woods as preservative. We provide this high quality Borax Decahydrate in powder, granular or crystal form.