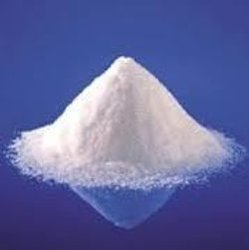 We are offering our valuable customers a wide range of EDTA Salts. EDTA salt is widely used to dissolve limescale. Usefulness of EDTA salt arises because of its role as a hexadentate ("six-toothed") ligand and chelating agent, i.e. its ability to "sequester" metal ions such as Ca2+ and Fe3+. After being bound by EDTA, metal ions remain in solution but exhibit diminished reactivity. EDTA is produced as several salts, notably disodium EDTA and tetra sodium EDTA.

Some ligands can bond to a metal atom using more than two pairs of electrons. An example is ethylenediamminetetraacetate ion (EDTA4-), the Lewis structure of which is shown below. EDTA4- forms very stable complexes with most of the transition metals.

The sodium salt of EDTA4- (i.e., Na4EDTA) can be found in many commercial products including:

EDTA4- is used to "trap" trace amounts of transition metals that could potentially catalyze the decomposition of the product.