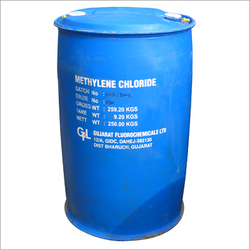 Dichloromethane is an organochloride compound with the formula CH?Cl?. This colorless, volatile liquid with a chloroform-like, sweet odour is widely used as a solvent. Although it is not miscible with water, it is polar, and miscible with many organic solvents.