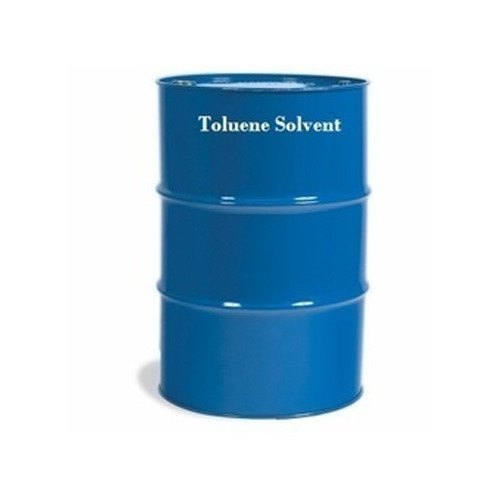 Exporter, Importer, Manufacturer, Wholesaler, Distributor and Supplier of toluene based in Tamilnadu, India. Toluene, also known as toluol, is an aromatic hydrocarbon. It is a colorless, water-insoluble liquid with the smell associated with paint thinners. It is a mono-substituted benzene derivative, consisting of a CH? group attached to a phenyl group. As such, its IUPAC systematic name is methylbenzene. Distilled / Recovered Toluene manufacturer and Supplier based in Tamilnadu, India.

Density: 867 kg/m³
Formula: C7H8
Boiling Point: 110.6 °C
Molar Mass: 92.14 g/mol
Melting Point: -95 °C
Toluene has numerous commercial and industrial applications and is a solvent in paints, lacquers, thinners, glues, correction fluid and nail polish remover, and is used in the printing and leather tanning processes. Methylbenzene can also be used as a fullerene indicator, and is a raw material for toluene diisocyanate.